Skip to Main Content
Bitter Cold in the Forecast
/
Mayor Wu declared a cold emergency in the City of Boston from Friday, February 3, through Sunday, February 5.
Read the update
Last updated: 5/18/18

Play Around the City

When we add playfulness to untraditional spaces, we increase learning and resilience habits across the City.

We plan to push the boundaries of what it means to be a playful city. Our goal is to build on our existing space-based play areas, such as our playgrounds and parks. We want to create a city where everyone feels welcomed and empowered to playfully imagine more.

Whether it’s on a sidewalk, at the bus stop, on the route to work, or at the laundromat, we are spending more and more time looking at small screens. We’re also spending less time interacting with those around us. We want you to be able to reimagine your space so that it becomes a venue for you to make connections. To your neighbors. To yourself. To your inner child. To the environment around you.

Research has tied play and playfulness to more rapid development of learning skills and resilient behaviors. We want to test the impact of increased access to play for children and families, especially in untraditional settings, like sidewalks and bus stops. We hope this experiment informs our understanding of how early-morning playful interventions affect a student’s day in school. 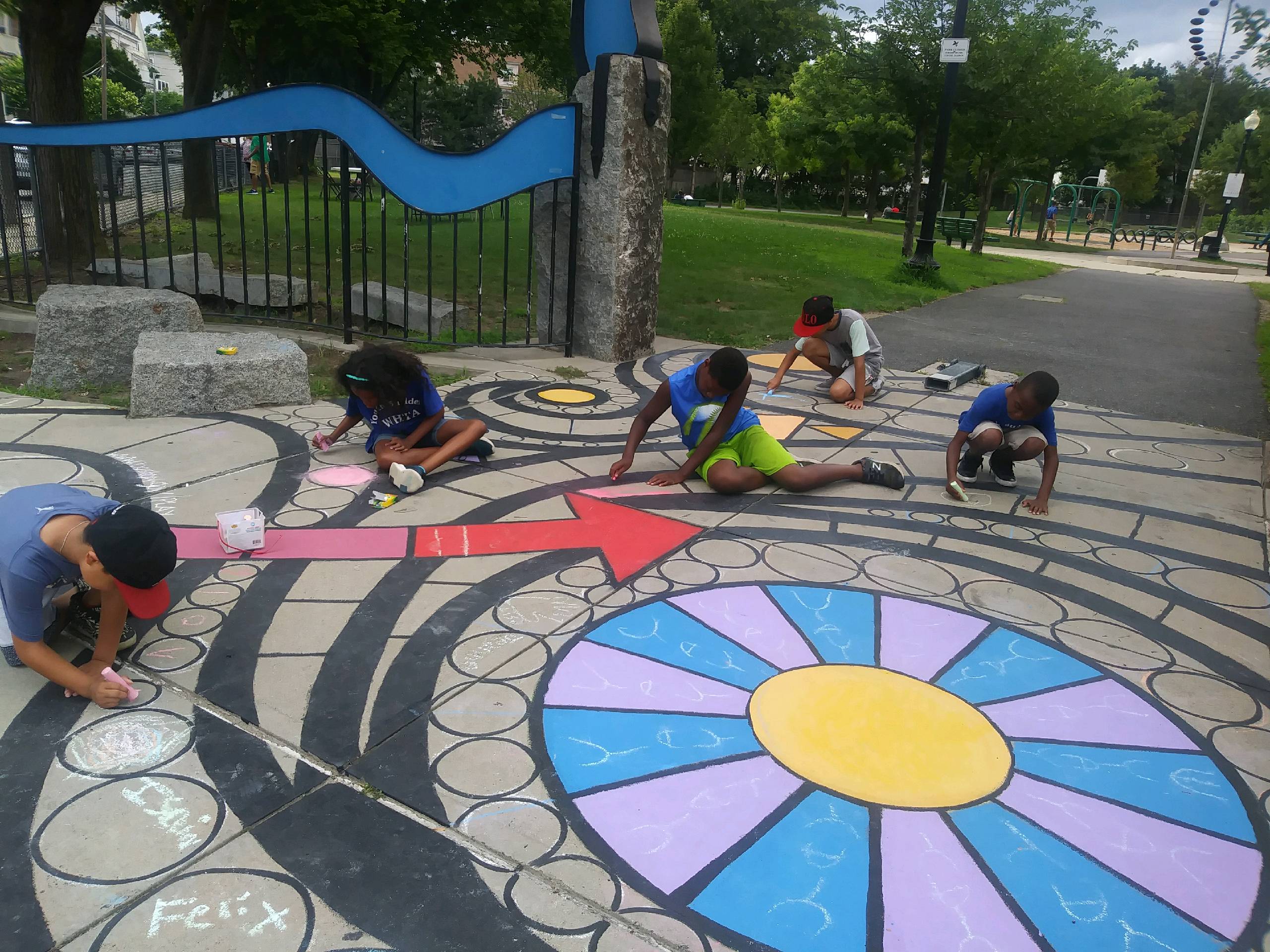 Play and Yay! Is a multi-color, painted sidewalk installation on approximately 520 square feet in front of the Trotter School Playground. Designed by artist Lisa Jeanne Graf and her daughter, Beatrice Graf, as a large-scale coloring book, people of all ages are encouraged to add to the design with chalk and to follow the many interconnected paths. The Mayor’s Mural Crew, muralist Jason Boucher, and local community members from the Peace Program at the Pleasant Hill Ministry Baptist Church participated in the painting. 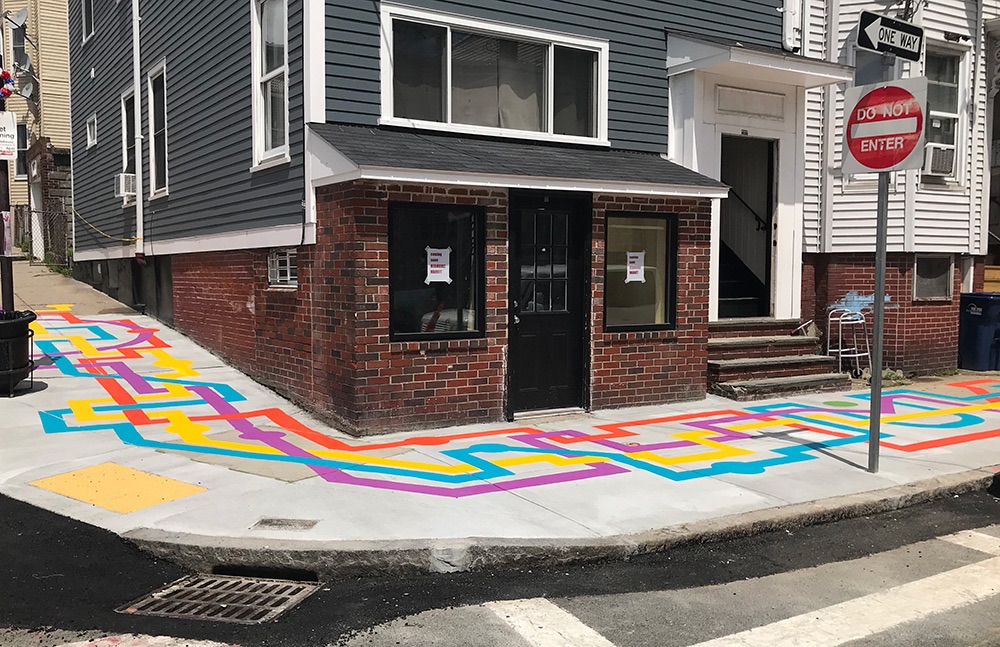 Mystery Map, by local artist Liz LaManche, is made of four sets of colored lines punctuated by circles, encouraging more than one participant at a time to puzzle out the best ways to follow the map or create their own games using it as a board. Liz LaManche, who has created several Public Art pieces throughout East Boston and the greater Boston area, emphasized simplicity to allow people of any age to enjoy and interact with the map in their own way. 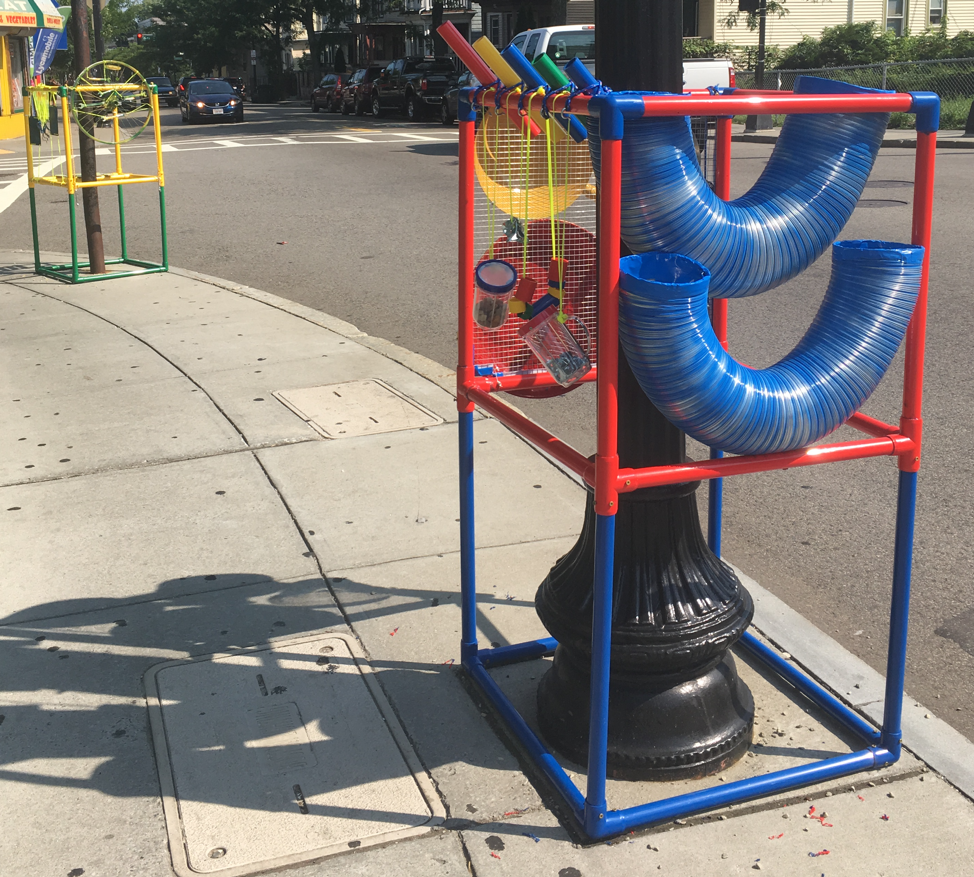 Words on the Street

Proposed by: Roslindale Wants to Play 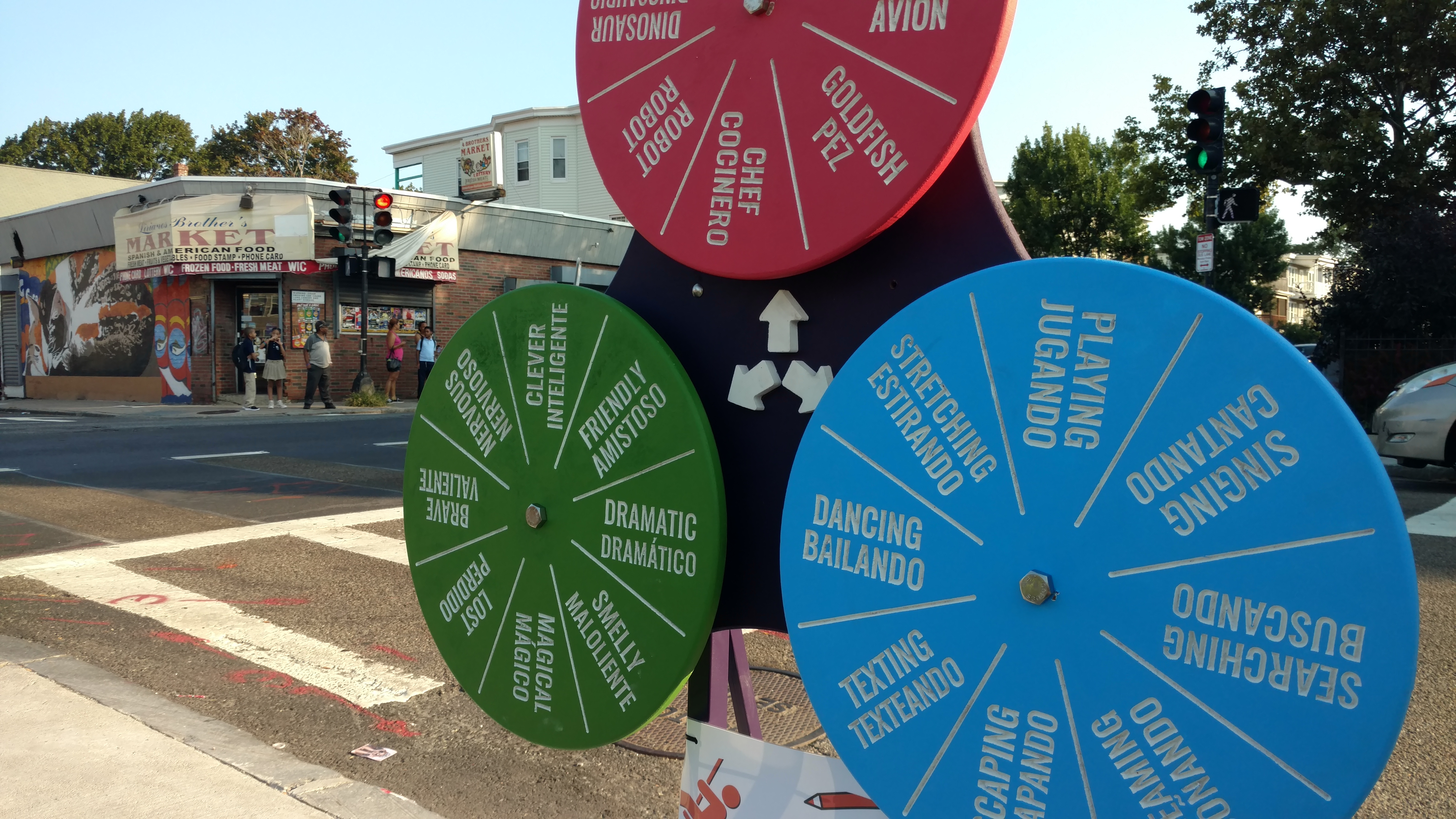 Words on the Street, designed for the Washington Street @ Archdale Road location is composed of three spinning “prize” style wheels with nouns, adjectives, and gerunds in both English and Spanish. Individuals spin the wheels to create phrases that can be acted out and offer opportunities to learn and ask questions.  Roslindale Wants to Play is an entirely volunteer-run organization of Roslindale residents deeply invested in their community and making it more playful.