On October 6 - 7, check out Boston Occupied: The Redcoats are Coming... Again, a special historical re-enactment of the arrival of British regular troops to Boston in 1768.

Mayor Martin J. Walsh and the City of Boston, in collaboration with Revolution 250 member organizations, is proud to present Boston Occupied: The Redcoats are Coming... Again, a special historical event set to take place over Columbus Day Weekend.

Boston Occupied is a re-enactment and commemoration of the 250th anniversary of when British regular troops landed in Boston in 1768, beginning a seven-year occupation of the City. To mark this important occasion, on the morning of Saturday, October 6, more than 150 Redcoat re-enactors will land on Long Wharf and then “occupy” Boston throughout the weekend. 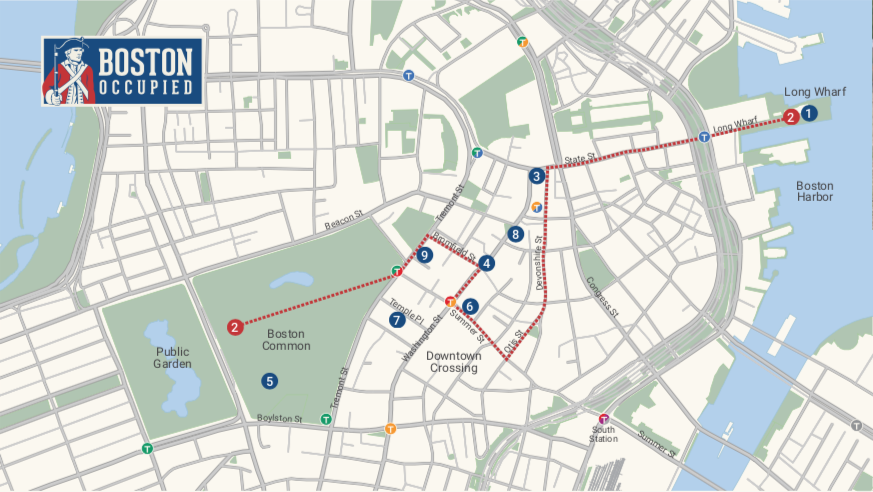 Mayor Martin J. Walsh said, "The 'insolent parade,' as it is known, was a march of British troops from Long Wharf to Boston Common, where they set up an encampment that would last more than seven years. The events on October 6 and 7 will officially kickoff a series of historical reenactments leading up to the 250th Anniversary of our nation's independence in 2026." He added, "I would like to thank all the historical and cultural organizations, as well as partners involved, who have made this exciting event possible for residents and visitors to enjoy."

This re-enactment represents the first signature anniversary event being planned by Revolution 250, a consortium of public history, cultural tourism, and not-for-profit organizations formed specifically to celebrate the 250th anniversary of the American Revolution and Boston’s seminal role in that momentous era.  Revolution 250 was founded in 2014 by Suffolk History Professor Bob Allison. Member organizations include the Greater Boston Convention & Visitors Bureau, National Park Service, Massachusetts Historical Society, Freedom Trail Foundation, Boston Tea Party Ships & Museum, Old State House, Old North Church & Historic Site, and The Massachusetts Society of the Cincinnati.  “Visitors from across the globe identify Boston, Massachusetts as a civic touchstone in the development of the American Republic, and they come to Boston to explore this resonant history,” said Allison.  “The 250th anniversary of the American Revolution, and the catalytic events leading up to it, is an opportunity that cannot be missed for Boston to proudly commemorate its central role in the fight for independence.”