Join us on a photo tour of Boston during the Blizzard of '78.

On Monday February 6, 1978, a massive blizzard hit Boston and the rest of the Atlantic Seaboard. Boston received a record-breaking 27.1 inches of snow, prompting businesses and schools to close for days as Bostonians dug out and assessed the damage. City government organized a wide-scale emergency response, calling in the U.S. National Guard to clear the roads of snow and organize rescue missions for those stranded or left without electricity. This major weather event halted normal life for days or weeks and affected the entire city population. Ask any Bostonian above a certain age and they can tell you exactly where they were during the legendary “Blizzard of ‘78.”

Much of this historic event was documented by local photographers. The Boston City Archives has recently digitized a collection of photographs most likely taken by a city photographer, who recorded scenes across the Boston area. Our intrepid, anonymous photographer traversed neighborhoods southwest of Boston, like Dorchester and Roxbury, as well as throughout the City center. These images present documentation of the record-breaking blizzard and its aftermath as well as Boston’s urban landscape in 1978. How have these neighborhoods changed or stayed the same? Comparing the streets of Boston 44 years ago with today’s streets via Google Street view as a virtual “tour” reveals some interesting insights.

Our tour of Boston in February of 1978 begins outside of the city center in Dorchester. On Dorchester Avenue, Military Police officers from the 972nd Company and local authorities convened on icy streets to direct traffic. A drugstore and other businesses are visible in the background. 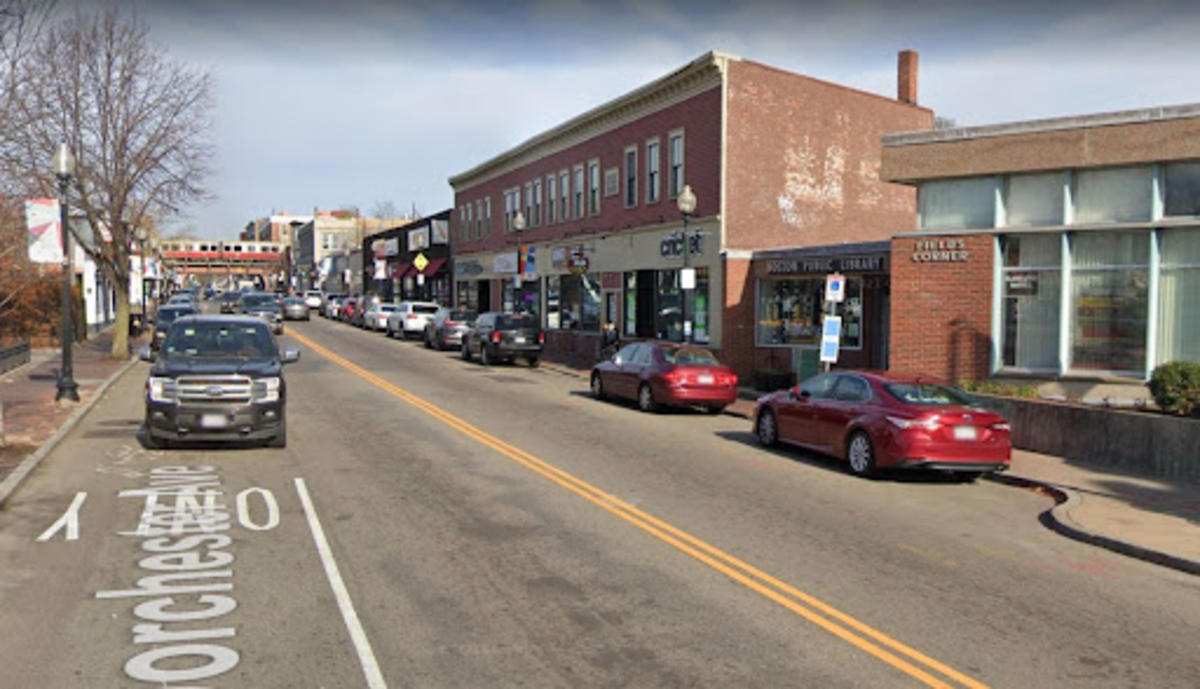 The Fields Corner Branch of the Boston Public Library looks much the same today, although the businesses on the same block have changed.

Over in Roxbury, the intersection of Blue Hill Avenue and Warren streets was cleared of cars. Pedestrians navigated among swathes of snow; most are bundled up, but some brave souls like the figure in the foreground braved the cold in shorts! 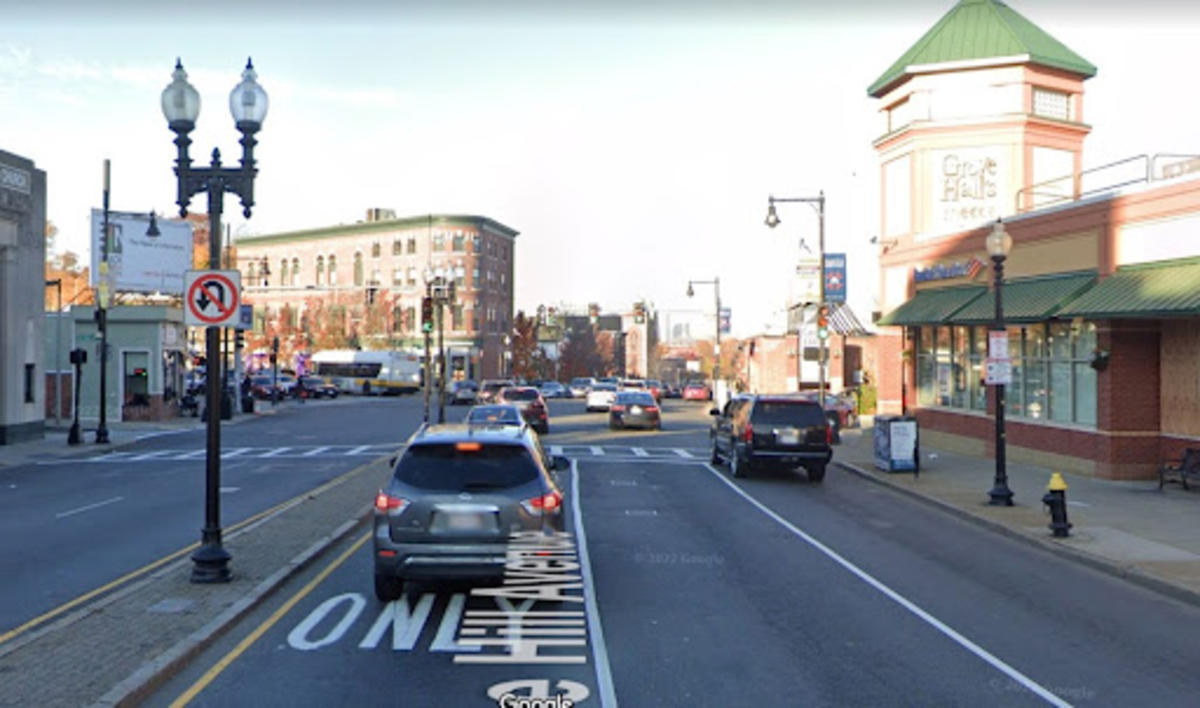 The same street is recognizable today by the building on the intersection with distinctive masonry around the windows. The Blue Hill Avenue Synagogue still stands further down Blue Hill Avenue.

Moving downtown into Back Bay, snow piles blocked cars on Berkeley Street in front of the Boston Police Headquarters building.

In recent years the building has been converted into a hotel, but the former occupant can still be discerned by the carved band above the first floor.

Sidewalks were completely covered by snow in Back Bay, so pedestrians again took to the streets. The Prudential Tower stands tall in the near distance. 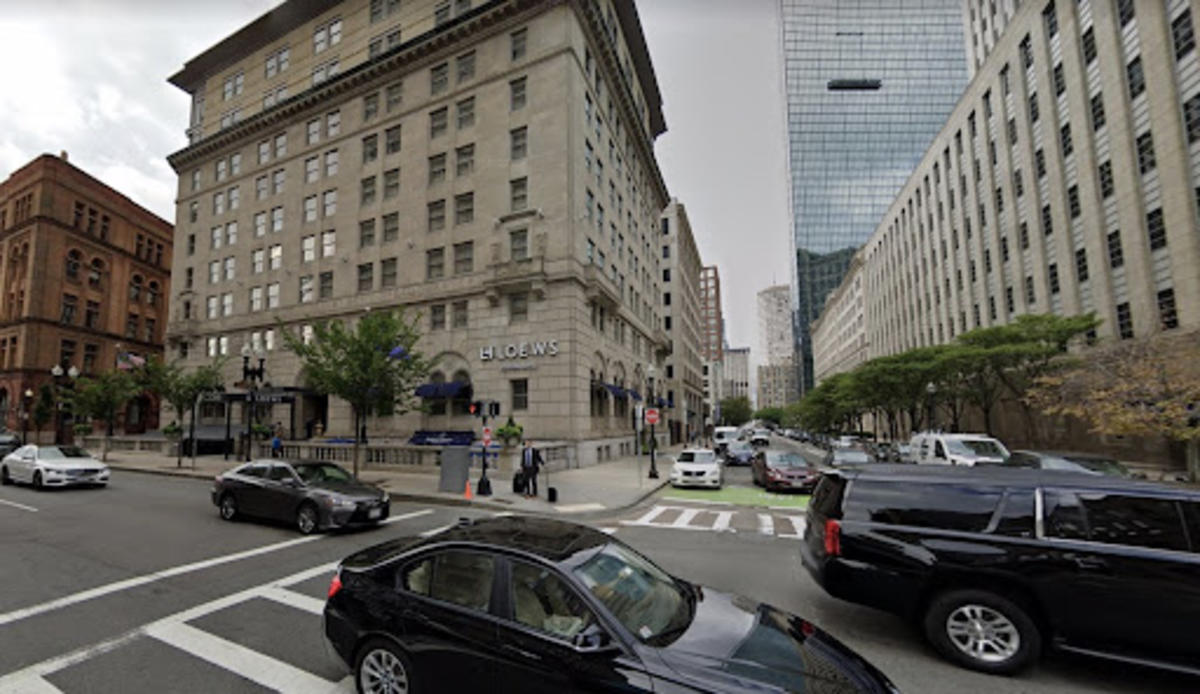 The buildings in this area have changed little since 1978. The John Hancock Tower remains a prominent element in the Back Bay cityscape, although Bostonians are much more used to it than in those days. It was just a few years old in 1978, and frequently criticized for its structural flaws (which have since been resolved).

In the days following the blizzard, Major Kevin White gave an update to reporters, Boston Police, Military Police officers, and other emergency responders 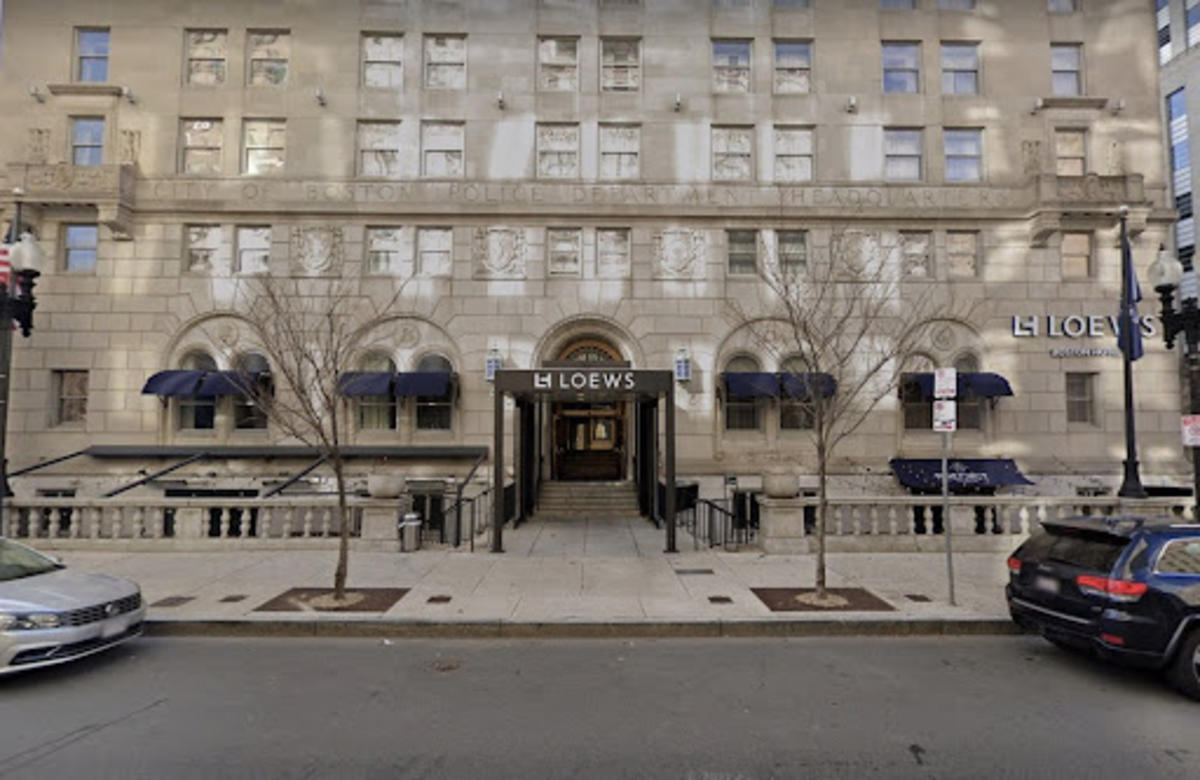 Our tour continues north to Cambridge Street in Beacon Hill, where a driver struggles to unearth his car from a mountain of snow. A camera crew looks on as he kicks the frozen door open. 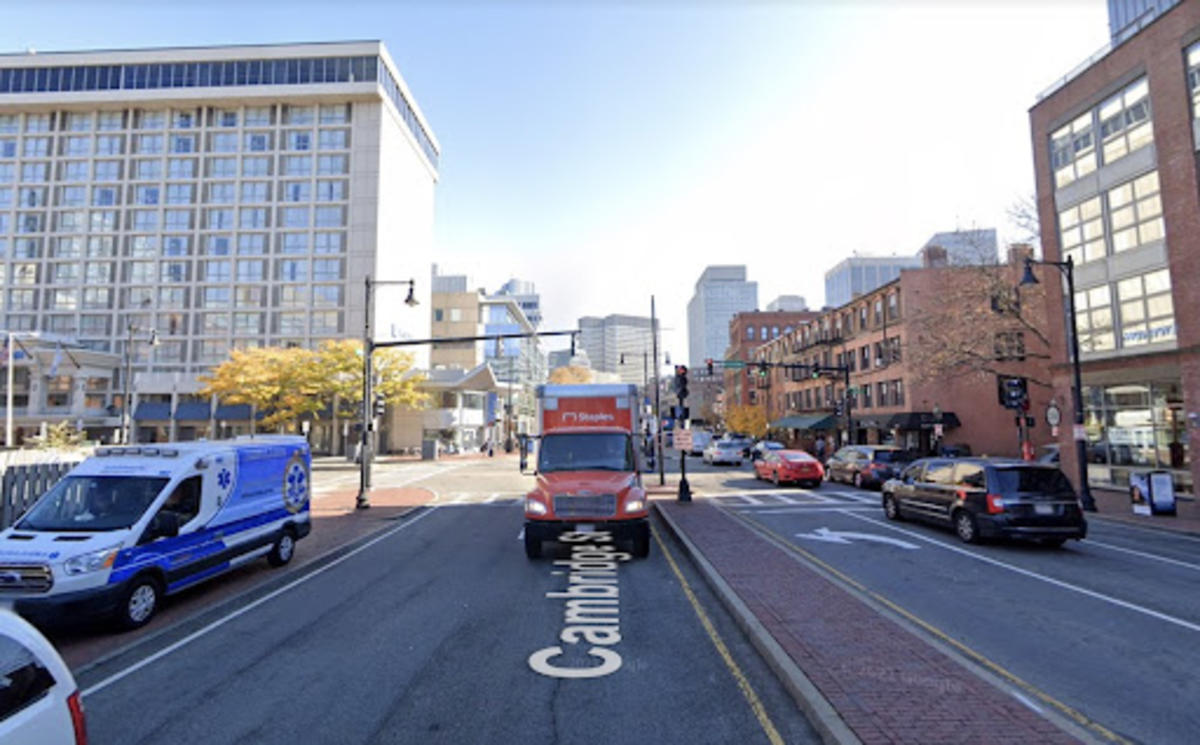 On a sunny day in fall, this street looks much the same as it did in the 1970s, although perhaps more hospitable.

Heading into City Hall Plaza, the empty brick-and-concrete space was filled with a field of snow. Pedestrians carved out a path towards the Government Center MBTA station 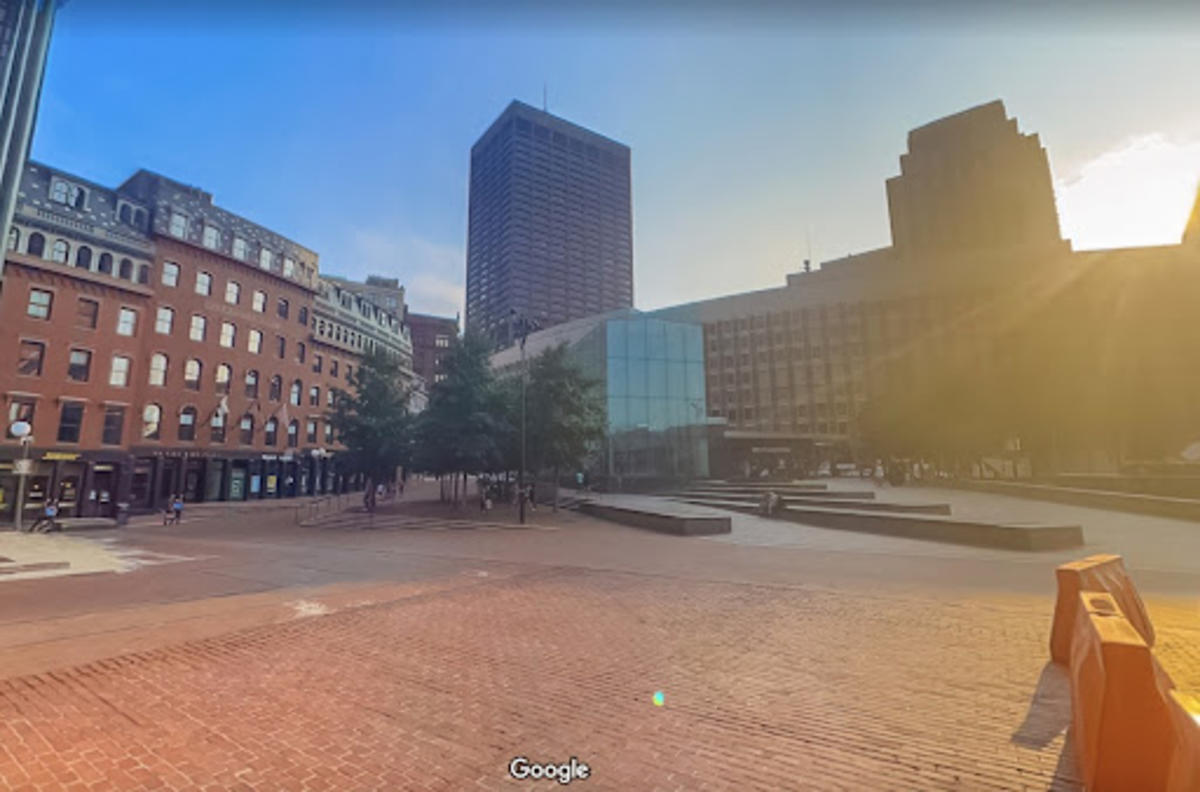 The Plaza has seen some significant change since the 1970s, including the notable construction of the new, glass-framed MBTA station. Construction barriers indicate yet more renovation in the Plaza’s future, but the historic buildings surrounding the area show no signs of going anywhere. 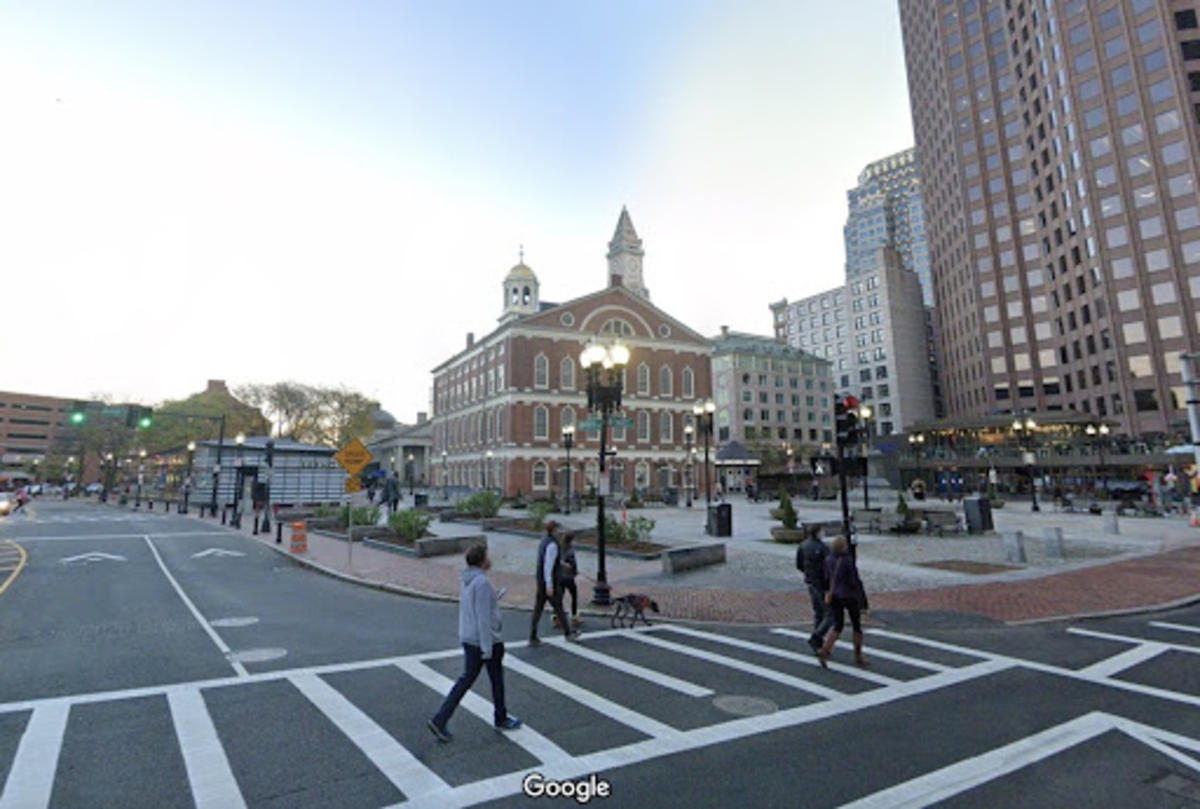 The building looks much the same today, ready to welcome visitors eager to learn about Boston’s past.

Finally, our tour concludes in the North End. Volunteers packed boxes and bags full of food and supplies and delivered them by hand (and by sled) to the neighborhood’s elderly. 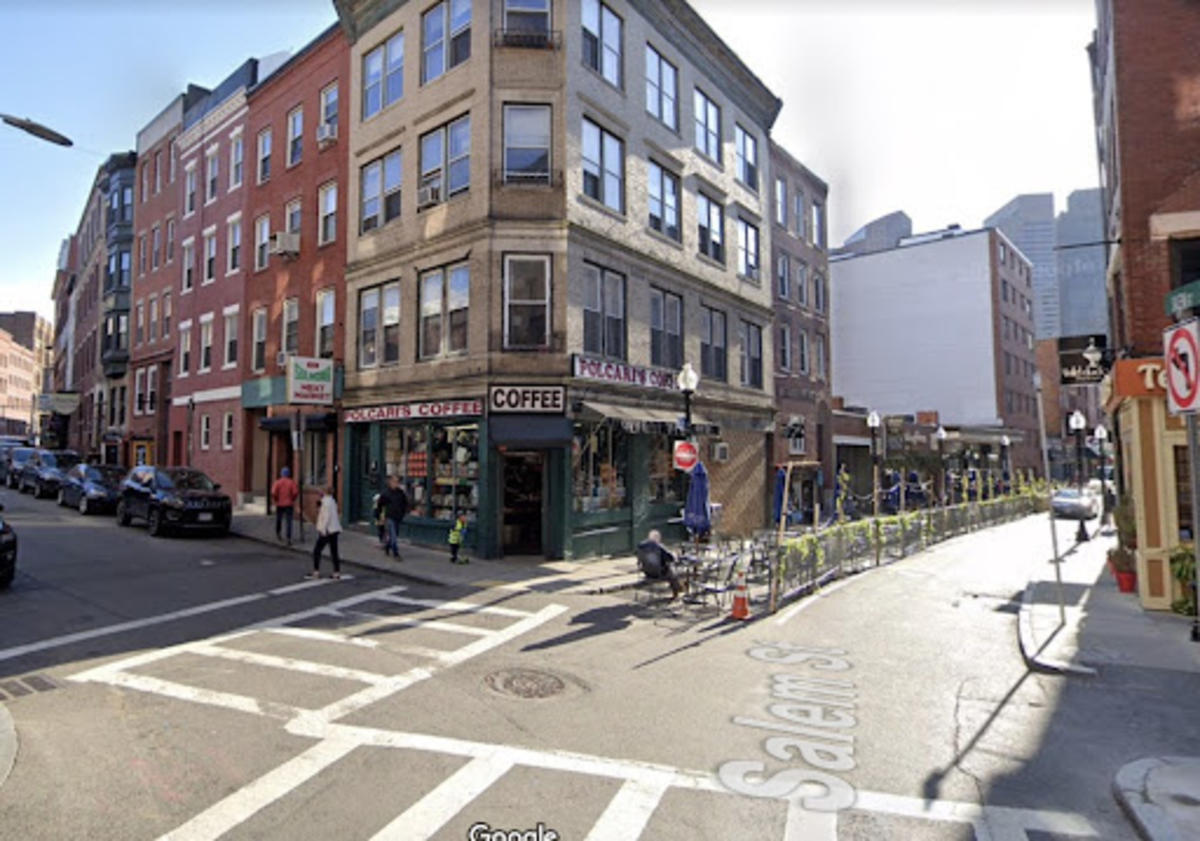 On the corner of Salem and Parmenter Streets, Polcari’s Coffee and Sulmonia’s Meat Market still stand, proud reminders of the North End’s Italian history and heritage.

Further down Parmenter Street, cars and pedestrians compete for space, the street being even narrower than usual due to the mounds of snow. 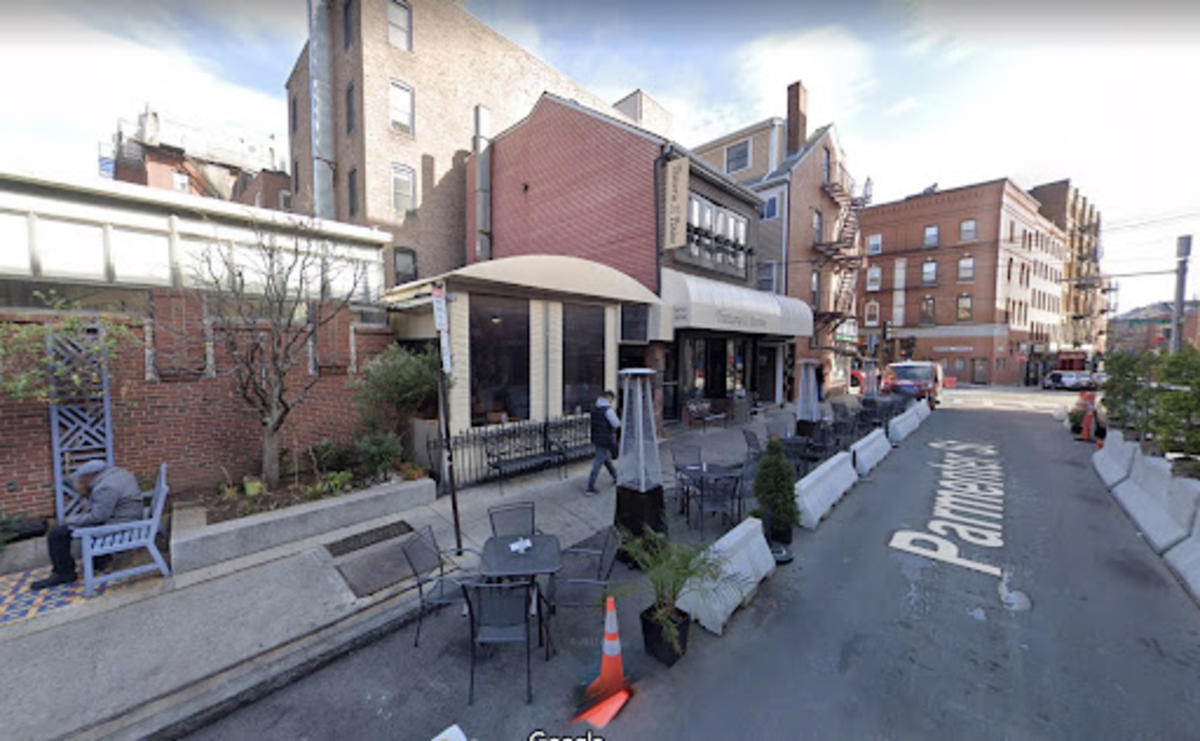 Today, the North End displays its resilience and ingenuity by turning parking spaces and empty lots into outdoor dining space in the warmer months.

These snapshots are just a small selection of the hundreds within the City Archives collection, which you can peruse further. How does the Boston of today compare with memories of its urban landscape from the past? What might Boston look like 44 years in the future, with or without piles of snow?

Zoe Wennerholm graduated from Vassar College with degrees in Chinese and urban studies. She is a budding archivist with academic interests in Chinese diaspora, urban history, and community activism.